Our organization holds extensive experience in all facets of the dialysis industry. Having already built a reputation as highly physician-friendly and driven by patient satisfaction, we are also quite sensitive to the needs of the staff we employ to serve both our physicians and patients. As we grow, we will continue to build a team within these principles. Our facilities reflect our vision, and our relationships with our physicians, patients, and employees reflect our leadership team’s values—both personal and professional. The Pure Life Renal people: 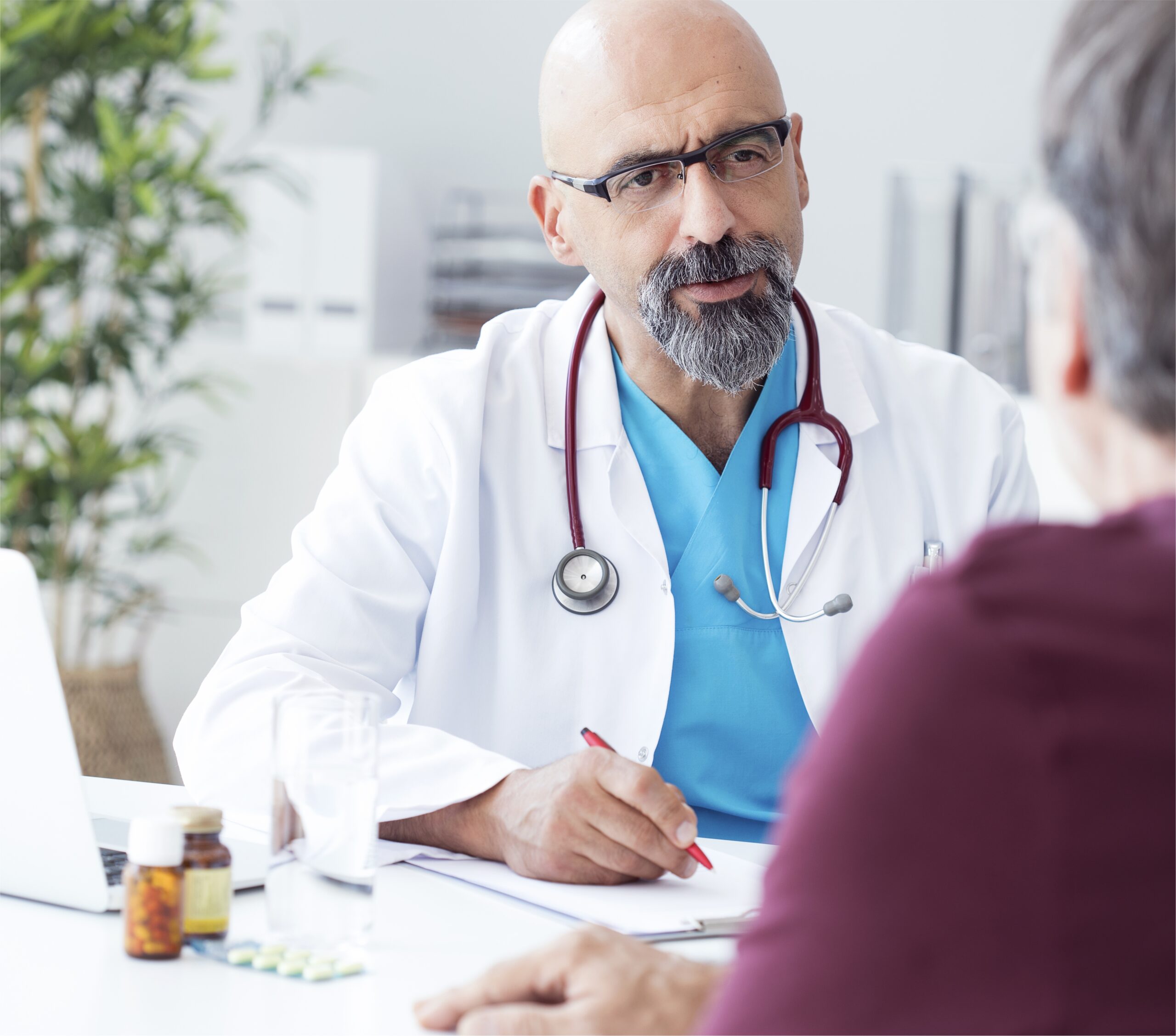 because it all starts with you. We partner with you, grow with you, make decisions with you, and cater to the needs of the patients in your care. 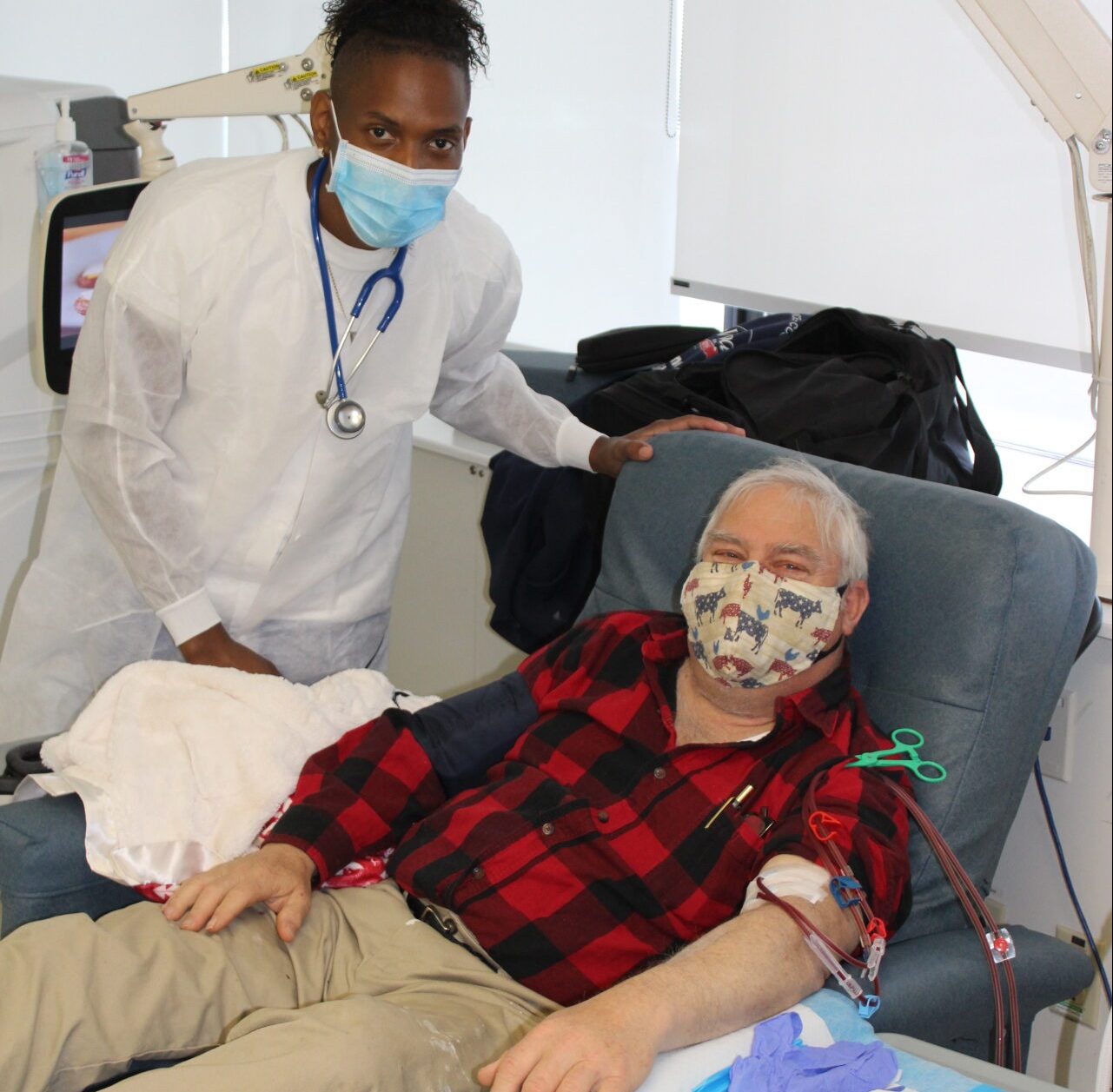 because our entire operation centers around you. From the facilities we build and people we hire, to the treatments we provide and the support we offer during a time that can otherwise be most trying … you are the reason we do what we do. 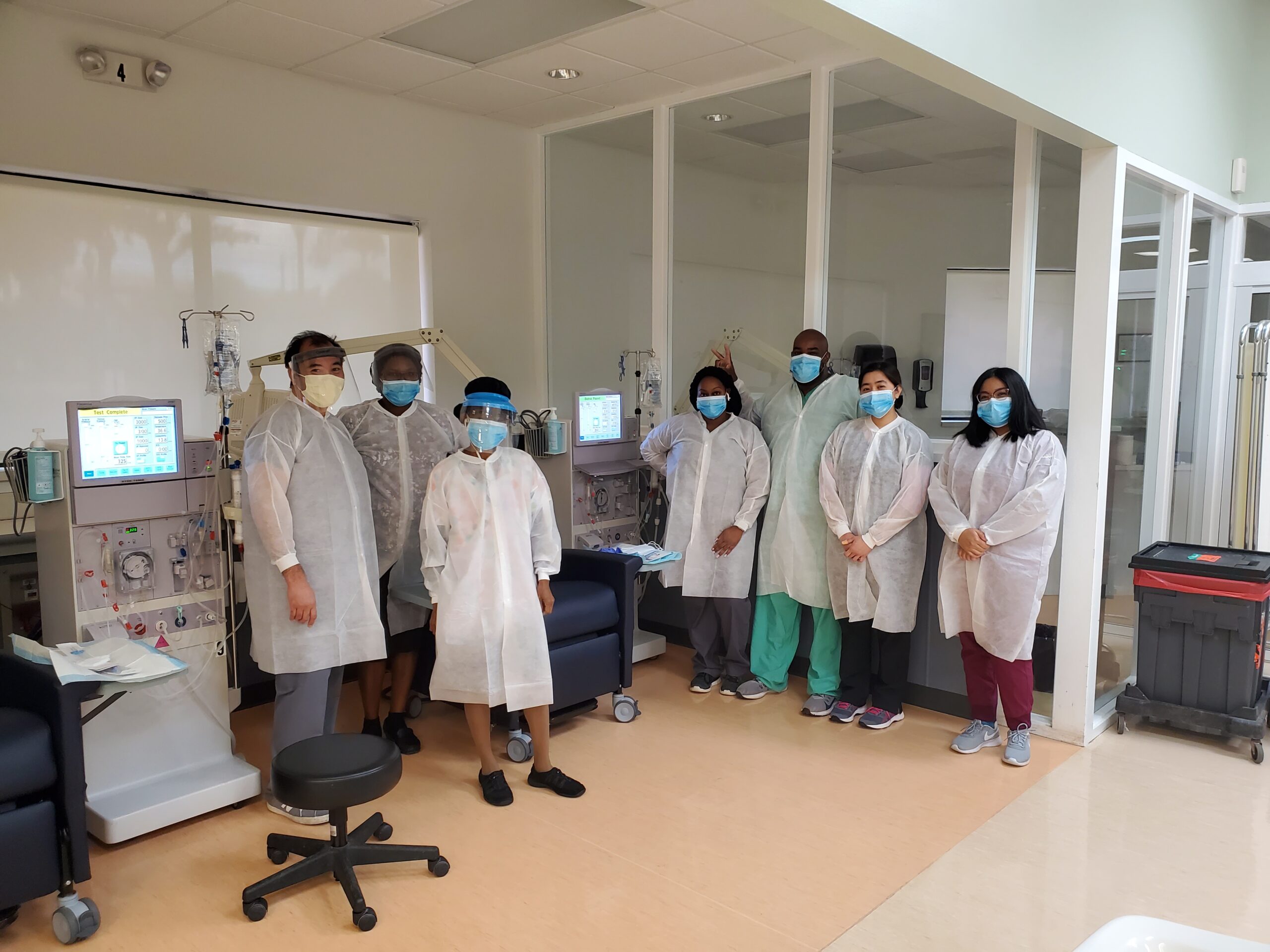 because you are the truest reflection of us. On a daily basis, you represent our values, our positive and supportive attitudes, our caring, and our dedication to what service actually means. You are the extension of our hands in each facility.

While we all have a common goal, we understand that each group above has its own understanding of what ‘success’ means. As the leadership team of Pure Life Renal, our focus rests intently on keeping all three of our groups happy and fulfilled because your success is our success.

Laura has more than 20 years of nephrology nursing and operational experience. Her responsibilities have included clinical management, business development and regional oversight. She most recently served as a Vice President of Operations for US Renal Care. Her regional assignment included 70 outpatient dialysis units and more than 100 cost centers. Laura previously held the roles of Regional Vice President with DSI Renal, as well as, Director of Operations with Fresenius Medical Care. Laura earned a Bachelor’s degree in Management and Human Resources from Trevecca Nazarene University and is also a registered nurse. She earned her degree in nursing from Motlow College in Middle Tennessee.

Jeff most recently served as Chief Financial Officer for Renal CarePartners, Inc., a privately held dialysis company, from 2002 until 2011. Between 2000 and 2002, he held the role of Corporate Controller for BrightStar Corp., a telecommunications company. Jeff served as Corporate Controller for Renex Corp., a publicly traded dialysis company, from 1998 to 2000. Prior to that, Jeff was the Manager of Financial Reporting for IVAX Corp., a publicly traded pharmaceuticals company. Mr. Fernandez began his financial career with the public accounting firm of Arthur Andersen and is a Certified Public Accountant.

Melanie mostly recently served as Director of Reimbursement for Fresenius Medical Care. She has over 25 years of healthcare management experience, with over 18 years of experience in healthcare reimbursement as both a consultant and an executive. She began her career as a Medical Technologist, then transitioned to consulting with Ernst & Young. Melanie holds a Bachelor’s Degree in Medical Technology from Kent State University and a Master of Business Administration from Case Western Reserve University.

Judith most recently served as Facility Administrator for US Renal Care. Prior to that, she was the Facility Director for Innovative Dialysis Systems where she was responsible for meeting clinical outcome goals and regulatory compliance. Judith previously served as Facility Administrator for Renal Care Partners and had oversight of multiple facilities, including managing the opening of de novo clinics. Judith has over 21 years of nursing experience, the past 15 years in the specialty of nephrology. She began her dialysis career at St. Mary’s hospital as a dialysis nurse in both chronic and acute settings and has worked in the capacity of clinical services specialist for DaVita and clinic manager for Fresenius Medical Care. Judith holds a Bachelor of Science in Nursing and is a Certified Nephrology Nurse.

President and CEO | Board Member

Stefano is a healthcare entrepreneur and co-founder of Healthcare Capital Partners, a London based private equity and corporate finance advisory boutique specialized in life sciences and healthcare ventures.

He started his professional career with his family’s group of companies, which included private clinics and diagnostic equipment manufacturing in Italy, France and the United States. He joined Arthur Andersen in London in 1996, where he was a member of its healthcare corporate finance team. In 1999, he founded NephroNet, a chain of independent dialysis centers, which was acquired by Baxter Inc.

As part of his investment activities, Stefano is a founder, board member and investor in several healthcare ventures and private equity funds focusing on healthcare investments in Europe and the US. He is CEO and founder of Renal Services, a UK dialysis services company, a founder and board member of biofficient.com, a biotechnology procurement platform, a founder and board member of UV Light Care, a medical devices company and a Managing Partner and founder of MedScience Ventures LLC, a medtech venture capital fund

As Managing Director at MGP, Dr. Matly is leading late-stage investments in health services and technology companies. He currently serves on the boards of Tiger Connect, Kareo, Pure Life Renal, and Pulmonx. He also led and represented MGP on the board of MINDBODY Online (NASDAQ: MB).

Dr. Matly is a founding advisor to Rock Health, a leading digital health incubator based in San Francisco. He also serves as a Board Director for the Order of Malta Clinic in Oakland, CA.

Dr. Matly completed his M.D. from the Mayo Clinic, M.B.A. from Harvard Business School, and B.S. from Cornell University.

Spence McClelland joined NMP in 2010 and supports the firm’s investments in healthcare, software and tech-enabled services. Spence is focused on reviewing investment opportunities and on working with portfolio company management teams to develop and execute their strategic plans. He also currently represents NMP on the boards of Array Health, Envera Health, Hospicelink, and serves as a board observer for Streamline Health and Wellcentive. Spence was previously a board member of Change Healthcare (acquired by Emdeon).

Prior to joining NMP, Spence was a co-founder of RGC Advisors, an entity formed to make acquisitions in the home health industry. Previously, he worked in the corporate development group of Healthways, Inc., where he was responsible for identifying, evaluating and executing acquisitions and strategic partnerships for the company. In addition, he developed numerous business plans on potential new markets, channels and business models for the company’s solutions. Prior to joining Healthways, Spence worked at Willis Stein & Partners a private equity firm and he has also worked in the investment banking groups of J.C. Bradford & Co. and DLJ / Credit Suisse First Boston.

Spence is a past chairman of Venture Atlanta and on the Board of Directors of the Southern Capital Forum.

Prior to joining NMP, Allen was in the corporate finance group at The Robinson-Humphrey Company, an investment banking firm previously owned by Citigroup and most recently acquired by SunTrust. Allen worked extensively in the healthcare and business services industries, advising on a number of initial public offerings, M&A transactions and private placements. He was also involved in R-H Capital Partners, the private equity investment arm of the firm. Previously, Allen held investment banking positions with Bowles Hollowell Conner & Company and Merrill Lynch & Co.

Prior to co-founding Rewire, Stefano most recently served as the Chief Investment Officer, Executive Vice President & Officer/Trustee of JGWPT Holdings Inc. In this capacity, Stefano was responsible for developing, building and restructuring J.G. Wentworth’s financing and funding platform after J.G. Wentworth filed for bankruptcy in 2009. Under his financial leadership, over a period of four years, JGWPT executed over $5BN of financing activity in the public and private capital markets, acquired the number two company in its sector, Peachtree Financial, and filed an initial public offering on the NYSE.

From 2005 to October 2009, Stefano was a managing director at Swiss Re Capital Markets Corp. in New York in the ILS group. He focused his efforts in developing the international capital markets for primary placement and secondary trading for insurance risk products and insurance linked securities.

Mr. Turner has over 30 years of experience as an entrepreneur, operating manager and investor. That experience has spanned the healthcare, technology and consumer sectors.

Mr. Turner began his career at Price Waterhouse Coopers. That led to an opportunity for him to join, as Chief Financial Officer, Oclassen Pharmaceuticals, a specialty pharmaceutical company focused on dermatology, which merged with Watson Pharmaceuticals (NYSE: WPI) in 1997. Following the merger, Mr. Turner was recruited to join Berkeley International, a venture capital firm. While at Berkeley, he was a key member of the team that was focused on investment in companies that were in need of operational and management turnaround. His work at Berkeley allowed him to hone his operational, strategy and leadership skills. His success there led him to form his own investment firm.

As an individual venture capital investor, Mr. Turner enjoyed early and significant successes. Initially, his focus was on the broader technology space, including fintech. His healthcare background and his strong investment track record, together with the emergence of compelling opportunities for healthcare venture capital investment, led him to form Montreux Equity Partners. Over the years since then, he has invested in and served on the Boards of, many highly successful companies, including Glaukos (NYSE: GKOS), Tobira Therapeutics, Epirus Biopharmaceuticals (NASDAQ: EPRS), Renal Care Partners (sold to Ambulatory Services of America), Cerexa (sold to Forest Laboratories), NovaCardia (sold to Merck), and Peninsula Pharmaceuticals (sold to Johnson & Johnson). At MGP, Mr. Turner sits on the boards of Crown Laboratories and Pure Life Renal.

In addition to his activities at MGP, Mr. Turner is a member of the Advisory Board of the Lester Center at the Haas School of Business at the University of California, Berkeley.

He holds a B.S. from California State University, Sacramento and attended the M.B.A. program at the Haas School of Business at the University of California, Berkeley, where he has established the Turner Fellowship. Mr. Turner is a Certified Public Accountant. 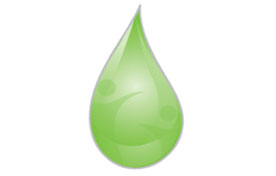 Our mission is to be the preferred partner to our physicians and the trusted provider to our patients by focusing on our core values, providing optimal patient care, and establishing ourselves as the most desired dialysis provider.